The coupon code you entered is expired or invalid, but the course is still available!

Welcome to my Training Center, and thanks for choosing to complete your training in suicide assessment, treatment, and management with me.

At the completion of this workshop, participants will be able to:

As a final note, to get credit for each section, you must click the button "Complete and continue" in the upper right hand corner of the screen.

If you have any questions throughout the workshop, please feel free to contact me at [email protected] or 360.349.1698.

When does the course start and finish?
The course starts now and never ends! It is a completely self-paced online course - you decide when you start and when you finish.
How long do I have access to the course?
How does lifetime access sound? After enrolling, you have unlimited access to this course for as long as you like - across any and all devices you own.
What if I am unhappy with the course?
We would never want you to be unhappy! If you are unsatisfied with your purchase, contact us in the first 30 days and we will give you a full refund. 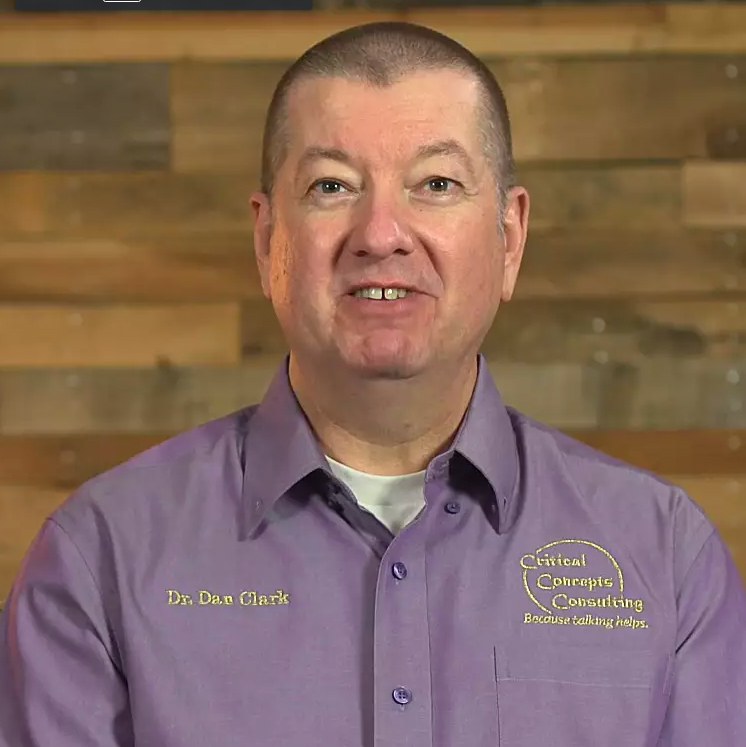 Dr. Clark has studied suicide for over 30 years, and presented hundreds of hours on the topic from conference presentations to 2-day workshops. While a graduate student in Southern California in the 80's, he took the opportunity to attend a day-long presentation by the late Dr. Ed Shneidman that helped inspire him to choose suicidology as his specialty. Dan has used that knowledge and experience in creating his 6 hour course, Assessment, Treatment, and Management of Suicide(ATMS). This course meets the new Washington State requirement for suicide training for mental health and medical professionals.

Also as a graduate student, Dan decided to complete his internship, or residency, with the U.S. Army. His first assignment was with 3d Infantry Division in Germany. He was called to serve in 1990 with 1st Armored Division (Iron Soldiers!) as the Division Psychologist during the first Gulf War, and learned a lot about PTSD and trauma. After completing his time in Germany with 3ID, he served at Madigan Army Medical Center and the 98th Combat Stress Control Company, then taught and eventually managed a senior course for Army officers. In late 2013, he was promoted to colonel and assumed the position of Reserve Component Psychology Advisor.

He is a past-President of the Washington Critical Incident Stress Management Network. This organization provides training and service in managing critical incidents. In March 2014, representatives from the CISM Network deployed to the Oso/SR 530 mudslide in WA State which killed over 40 people. Dan was one of several team members that worked in the Incident Command Post; his specific role was as the clinical advisor to the CISM team. Their mission was to assist the 1200 responders cope with the disaster response. Members of the Network were on site for 30 days, and spoke to 3200 responders in 1-on-1s and 732 in groups